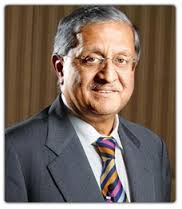 In the time of Covid, soap has made the difference between life and death. So what if one has studied computers to sell soap?

The Smithsonian National Museum of Natural History has a mummified Philadelphia man, who was buried around 1800 and whose body turned into soap. It seems that alkaline water seeped into his casket and combined with his body fat, thus making him into soap. He is called 'Soapman'.

Like many colleagues, I am a living soap-man, having worked for both Hindustan Lever and Tata (who used to own TOMCO). I graduated with degrees in Physics and Electronics from IIT 53 years ago. I joined the computer department of Hindustan Lever, though after five years, I departed from computers and became a soap-man.

Over many years, questions got hurled at me: How can you study at IIT and end up with soap? What satisfaction do you get by spending a working day, talking to grocers? How could your mind be applied to, how to market freshness or beauty soaps? (Read More)