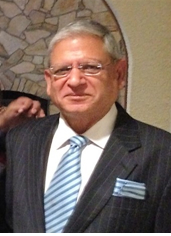 Ron Gupta is an architect who has performed pioneering work in Mission Critical Facilities for major financial services, pharmaceutical, and telecommunication clients. Ron graduated from the Indian Institute of Technology (IIT) Kharagpur in 1970, in architecture and won the silver medal for standing second in the entire institute.

He was then a Heinz Graduate Fellow in Fine Arts at the Carnegie-Mellon University. He founded Singh Associates Inc. in Miami in 1982; then founded SIGMA7 design group in New York in 2003. He served on a Presidential Blue-Ribbon Panel for Federal Security Design in the aftermath of the disaster at the Federal Building in Oklahoma City.

He has founded Computers in Architecture and Design Build committees at the American Institute of Architects (AIA); and spoken at numerous AIA, DBIA and 7X24 Exchange conventions. Along with his wife, Chitra, Ron created the Ron and Chitra Gupta Foundation which has funded Ranbir and Chitra Gupta School of Infrastructure at IIT Kharagpur; Physics Seminar Complex at Meerut College; Home Sciences Department at Shamli Inter-college; and Ram Narain and Kapoori Devi Gupta Hall and Innovation Center at Samalkha High School in India. He has also endowed the Uday Agnihotri Chair professorship at IIT.