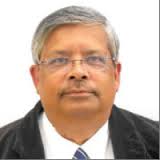 Class topper of his batch at IIT Kharagpur, Asoke K. Deysarkar is a successful entrepreneur, hailed for his leadership prowess as well as his technical expertise, especially in the areas of Hydraulic Fracturing, Fluid Rheology, Refining and Consumer Products. He completed his Master’s degree and Ph.D. (1976) in Chemical Engineering from the Greater Manchester (Salford) in UK. He also has an MBA from the University of Houston and has worked as a researcher at the University of Waterloo.

Dr. Deysarkar started his career in industry as Senior Project Engineer at Dresser Industries and thereafter served at Pennzoil as Product Manager. In 2002, he started his own company called “Products for People” in Houston, which formulated products for the automotive after-market. He also developed another line of products based on GUAR—a product used as a thickener for water in fracturing of oil/gas wells. The business is now run under the umbrella of PfP Industries, headquartered in Houston, Texas (USA) with branches in various locations around the United States. Dr. Deysarkar is currently CEO and Chairman of the group.

Not only has Dr. Deysarkar built a successful $1.5 billion conglomerate from scratch in the oil and gas sector, he has also adopted a vision of creating a new crop of professionals who will be game changers in that industry. Teaming up with his wife Ruma Acharya-Deysarkar, he has donated $1 million to IIT Kharagpur towards establishing a one-of-its-kind programme in the country—the Trans-Disciplinary Programme in Petroleum Engineering.

Dr. Deysarkar is also a committed patron of the arts and culture in Houston, where a statue of Rabindranath Tagore was erected in the city through the family’s largesse. In 2015, he and his wife were the principal sponsors of the North American Bengali Conference in Houston.