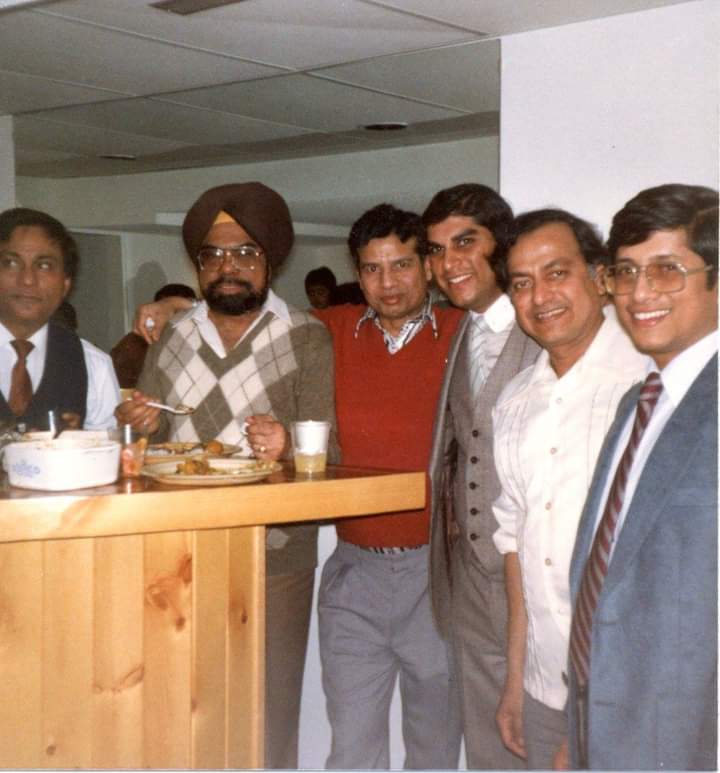 It is with deep regret and sorrow, I'm writing to inform you of the recent passing away of our dear IIT Kharagpur colleague, Professional Engineer Chaman Lal Puri.

He received his B.Tech. in Civil Engineering from IIT Kharagpur in 1959, and his M.A.Sc. from the University of Toronto in 1973.  He spent most of his career with Transport Canada.

As I went through the 1,500 photos in my 13 albums at home searching for a photo of  Chaman Lal Puri, I did find the attached photo, taken at an Indian Institutes of Technology Alumni Canada (IITAC) Dinner held on April 7, 1990 at the Mississauga, Toronto, Ontario, Canada home of Ujjal Mondal (IIT-Kgp'68/EE). I also discovered at least seven of our early IITAC Dinners were held at his home.

All the 6 people shown in the attached photo are  graduates of IIT Kharagpur.

The IIT Kharagpur Dean of Outreach, Prof Jayanta Mukhopadhyay (CSE), has just sent me a message which reads:

"We at IIT Kharagpur are deeply saddened by the demise of Mr. Chaman Lal Puri.  Our thoughts and prayers are with his family in this difficult time."

On behalf of all his IIT colleagues & friends, I would like to extend our deepest sympathies & condolences to his family in Scarborough, Toronto, ON, Canada.