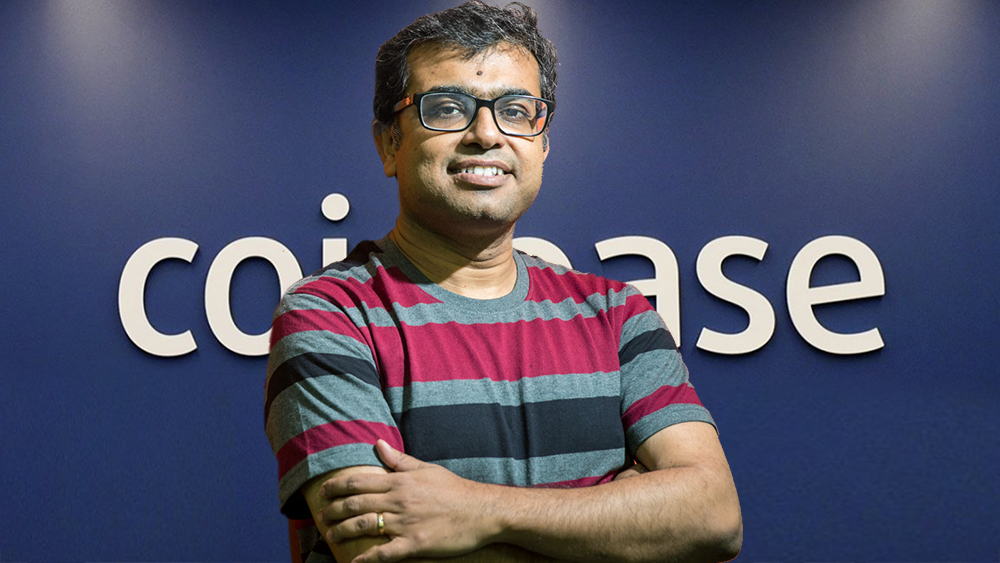 As the Chief Product Officer (CPO) of Coinbase, Surojit Chatterjee looks at overall product and technology strategy for the global crypto exchange. He believes it is important to be ambitious in a relatively new segment like crypto.

“Crypto is where the internet was back in 1995 or earlier. You could not really imagine what could be done with the internet and that one day you will be using the internet for social activity, entertainment, work etc. Nobody ever imagined there would be cable TV. Thus, in crypto too, there are use cases that cannot be imagined. We give a lot of leeway, we give a lot of opportunities for our employees to try out, experiment new things,” explains Surojit.

“Of the 10 things we try, six to seven will fail, but a few others will succeed. It is therefore important to keep experimenting and working on new things,” says Surojit.

In fact, experimenting and trying new things has indeed been the core thread of Surojit’s tech journey.

A technologist at heart

Working for companies like Google, Flipkart, and now Coinbase, Surojit always had one thing in mind - build world-class products.

“I am a technologist at heart. I went to IIT-Kharagpur, studied computer science and then did a master’s in computer science. I wrote a lot of codes, and I always thought about how technology can improve people’s lives, and where we can have the maximum impact,” says Surojit.

But, Surojit’s entry into coding wasn’t a planned one. Until he got into IIT Kharagpur, he hadn’t seen a computer from a close range.

“I had seen computers in railway reservation counters. Where I lived, computers were simply not accessible. My entry into engineering happened because I was good at mathematics and loved the subject. I come from a very poor, lower middle-class family from a small town, so my parents did not really have an idea about what is the right thing to study and so forth. I went to IIT, and a lot of people said ‘oh, you should study computer science,’ and so I did” explains Surojit. (Read More)