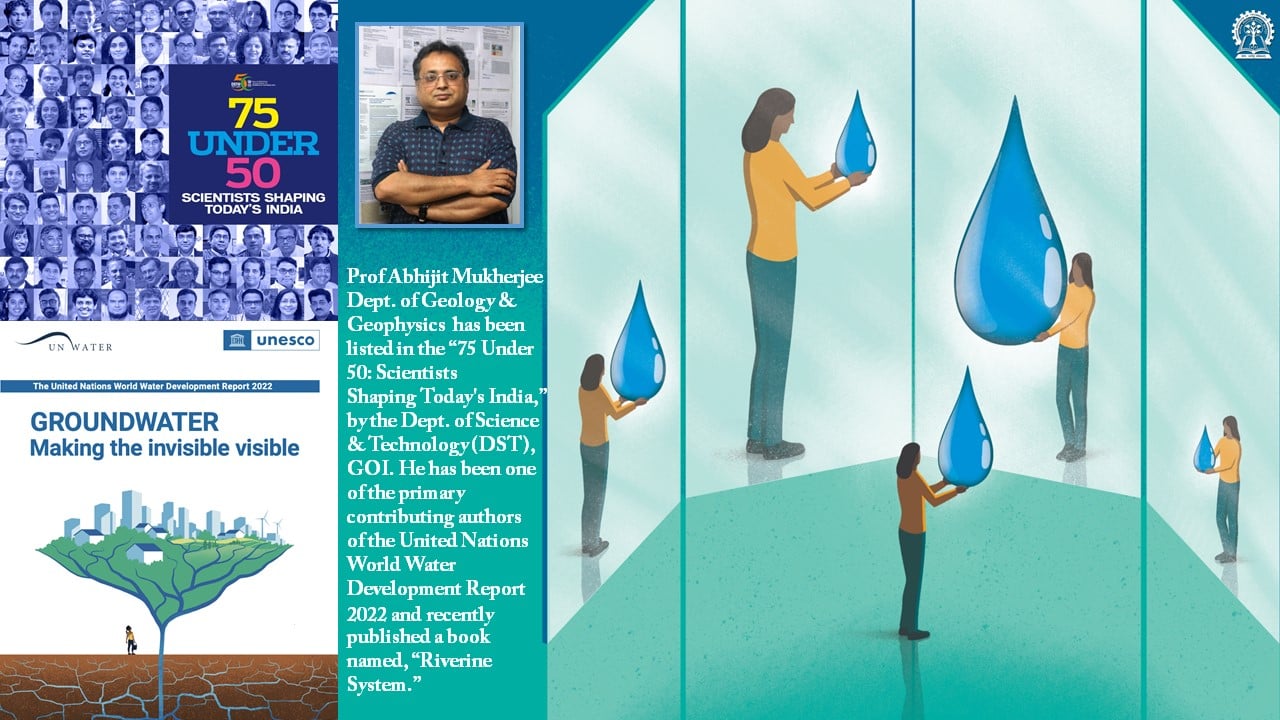 It is indeed a great pleasure to announce that Prof Abhijit Mukherjee, Department of Geology and Geophysics, IIT Kharagpur has been listed in "75 UNDER 50: Scientists Shaping Today's India", by the Department of Science & Technology (DST), Government of India. It is a compilation of biographies of 75 Indian scientists across disciplines, who are less than 50 years of age. He has also been one of the primary contributing authors of the United Nations World Water Development Report 2022 (WWDR2022). It is the first UN report on groundwater titled, “Groundwater: Making the Invisible Visible" which was unveiled at the World Water Forum in Dakar, Senegal. He has recently published a book named, “Riverine System - Understanding the Hydrological, Hydrosocial and Hydro-heritage Dynamics.”
Prof Mukherjee, a member of the Geological Society of America (GSA) since 2001 and elected as a fellow in July 2021 is the largest international non-profit organization devoted to #Geoscience with over 20,000 members worldwide, which made him the first Indian fellow of GSA. Specialized in groundwater resources, sustainability and scarcity, he has been recognised by the society for his pioneering research on increasing arsenic levels in Bengal. He was also the 2020 recipient of the Bhatnagar Prize.
Heartiest congratulations to Prof Abhijit Mukherjee!