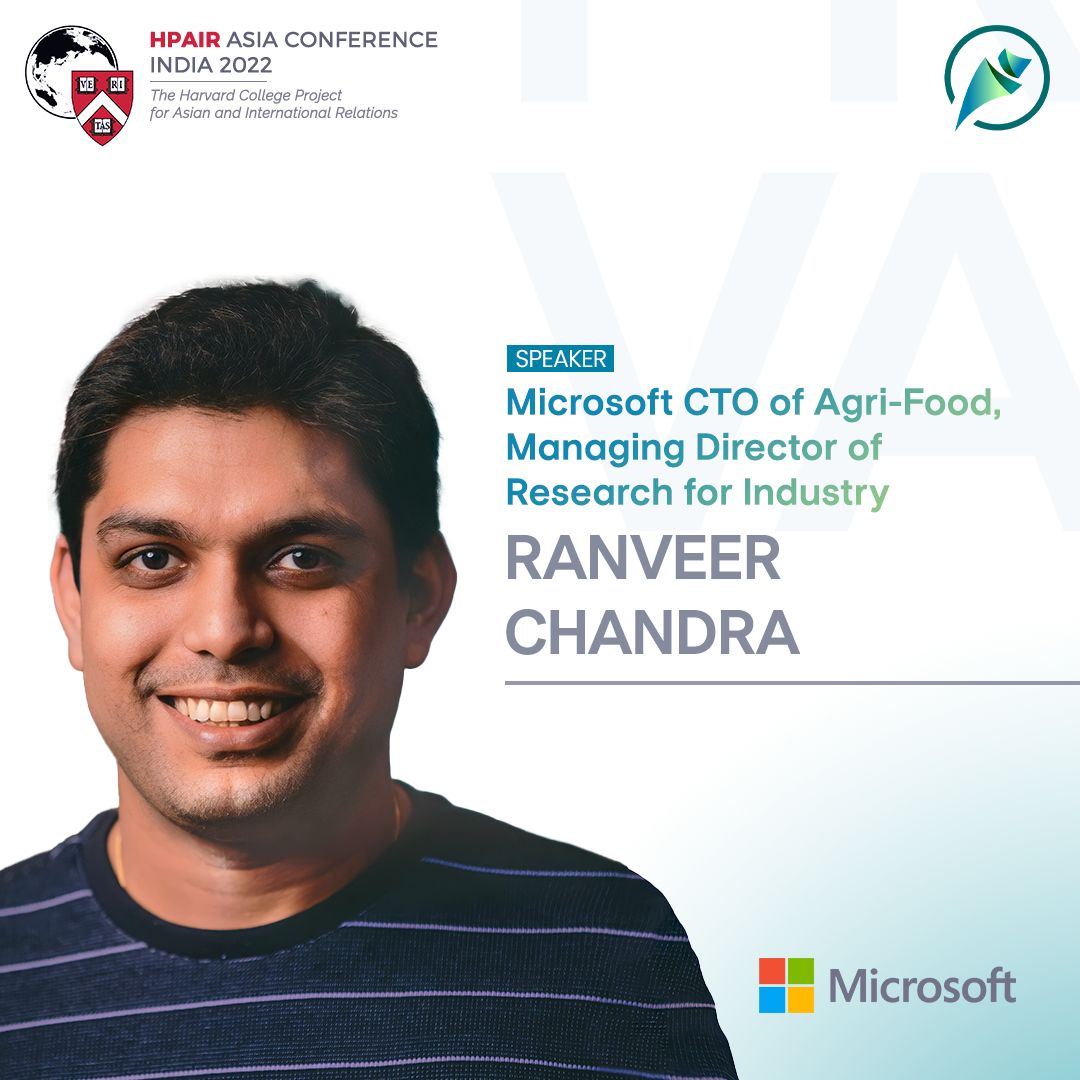 We are absolutely delighted to announce that Ranveer Chandra (Microsoft CTO of Agri-Food & Managing Director of Research for Industry) will be joining us at the HPAIR Asia Conference this August in New Delhi, India.

Previously, Ranveer was the Chief Scientist of Microsoft Azure Global. His research has shipped as part of multiple Microsoft products, including Virtual WiFi in Windows 7 onwards, low power Wi-Fi in Windows 8, Energy Profiler in Visual Studio, Software Defined Batteries in Windows 10, and the Wireless Controller Protocol in XBOX One. His research also led to a new product, called Azure FarmBeats. Ranveer is active in the networking and systems research community, and has served as the Program Committee Chair of IEEE DySPAN 2012, and ACM MobiCom 2013.

Ranveer started the FarmBeats project at Microsoft in 2015. He is also leading the battery research project, and the white space networking project at Microsoft Research. He was invited to the USDA to present his work on FarmBeats, and this work was featured by Bill Gates in GatesNotes, and was selected by Satya Nadella as one of 10 projects that inspired him in 2017.

Apply now (link is in the comments) for the opportunity to hear from Ranveer Chandra and other amazing speakers at our conference!