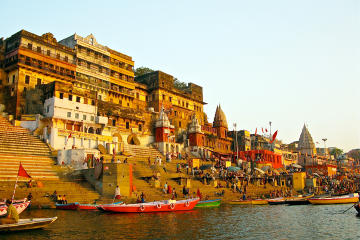 IIT Kharagpur in collaboration with British Geological Survey will undertake the first major 3D sub-surface urban study in India zeroing on the ancient city of Varanasi. The project leader from IIT-Kharagpur's department of geology and geophysics, Abhijit Mukherjee said, "Cities across the world are working with geoscientists to improve their understanding of the sub-surface in their urban planning. In India, what can be a better place than Varanasi, the oldest known city in India, to set the foundation of the future city?" (Read More)