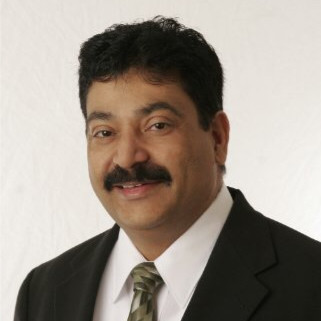 Advanced TeleSensors, led by Kgpian Sajol Ghoshal, has developed a non-intrusive cardiac monitor that will be used to regulate astronauts’ health in space.

Based out of Austin, Texas, the flagship product of Advanced TeleSensors (ATS) was originally developed at NASA’s Jet Propulsion Labs in Pasadena, California, and was funded by the US government to detect signs of life for military applications.

In 2017 Ghoshal joined the team of developers leading the fundraising initiatives. He was fascinated by the new developments and government and private investments in space.

Ghoshal’s three-decade of experience in leadership, strategy, engineering, and driving innovative sensor solutions in the semiconductor industry was the boost ATS needed for technology adaption.

“Due to the accelerated nature of aging and disease progression in space’s micro-gravity environment, new therapeutics developed for space travel will be leveraged on Earth to save lives and cure diseases,” Ghoshal explained.

“I am excited to say that Cardio plays a unique role in space by continuously measuring physiological data of astronauts and proving alerts on episodic events, that can live,” Ghoshal said.

Ghoshal’s contemplation of emerging technologies and growth trends offered the team keen insight toward solving efficiency gaps, product positioning and adoption. He has been executing this expertise over the span of his career developing innovative technology with startups. At ATS, Ghoshal led a fundraising effort of $2million that achieved convenience and economy in product design.

“. . .  we finally had a device that would sell for less than $250 and we entered the consumer market . . . and now you can just mount it on the wall, or you can put her on your desk and it will read your heart rate, respiratory rate, heart rate variability and motion. It’s very cool” Ghoshal stated in an interview.

The device addresses the issue of zero microgravity in space impacting the efficiency of the heartbeat by 30% and some other things like accelerated ageing and edemas in the brain. For future developments Ghoshal is aiming for, wait you might have seen it in the Star Trek series — triple medical tricorder.