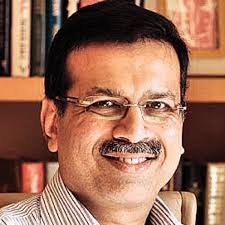 Sanjiv Goenka has been nominated as the Chairman of the Board of Governors of the Indian Institute of Technology-Kharagpur. President Pranab Mukherjee, in his capacity as visitor of the institute has nominated Sanjiv Goenka, Chairman, RP-Sanjiv Goenka Group for the role for a period of three years.

"We are delighted to have Goenka back with us in the institute to chair the BoG again. We look forward to reaching greater heights under his guidance. He was the chairman when I was appointed the Dean earlier. My initial discussion with him on his taking charge as chairman again has been extremely encouraging." said Partha Pratim Chakrabarti, director of IIT Kharagpur. (Read More)