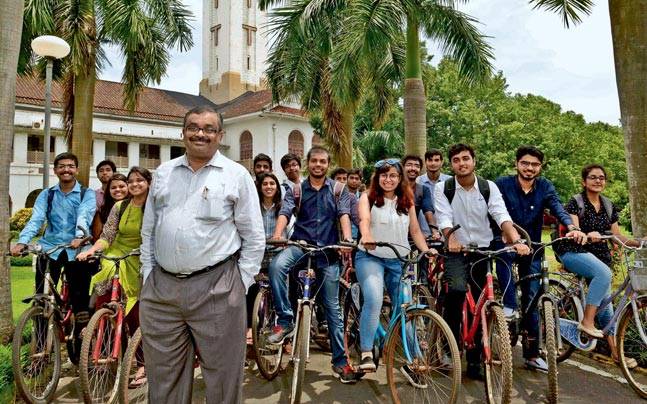 IIT Kharagpur was established in 1951. The IITs are now aiming to spread their educational excellence beyond the boundaries of the institutions.

The IIT system was conceived in 1946 when Sir Jogendra Singh, member of the Viceroy's Executive Council, set up a 22-member committee under NR Sarkar to consider setting up higher technical institutes for India's post-war industrial development. The committee recommended establishing four institutes in the east, west, north and south, possibly on the lines of the Massachusetts Institute of Technology. Such institutes, the committee thought, would not only produce undergraduates but also research workers and technical teachers. Following these recommendations, the first IIT was set up in May 1950 in Hijli, Kharagpur. (Read More)