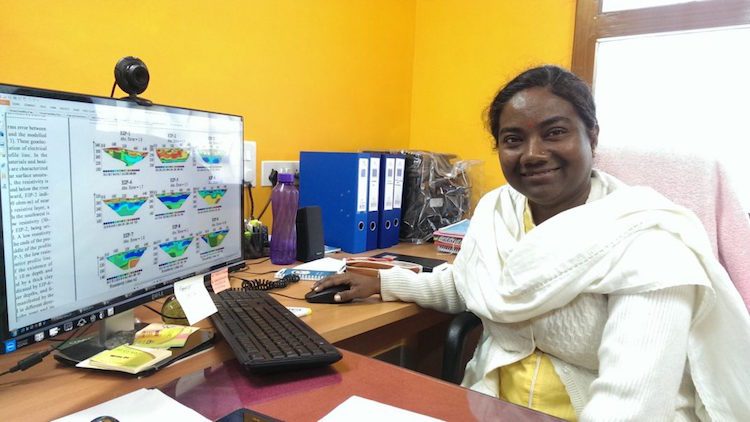 Kolkata was chillier than I expected in January and it took quite some effort to drag myself out of bed to catch an early morning train to Kharagpur. Kharagpur, where the first of the IITs was established in 1951, is just about two hours away from Kolkata. When I reached, it was still early hours. On my way to the Department of Geology and Geophysics, giant banners informed me that the Alumni Meet was underway. This explained the clusters of middle-aged men--looking casually spiffy and successful--wandering around reminiscing with cameras in hand and nostalgic smiles on their faces. I wasn't too surprised to spot no women there among them. The IITs are notorious for their poor gender ratios-currently standing at 8% of female students, compared to 40% in other engineering colleges in India. This disaparity has been recognised and there now seems to be some intentions to rectify it, but in the meanwhile, women scientists among the faculty will no doubt serve as a reminder to the students that science can indeed be a space that women belong in. I was looking forward to chatting with one among this small community--Sudha Agrahari, who joined IIT Kharagpur in 2013. (Read More)