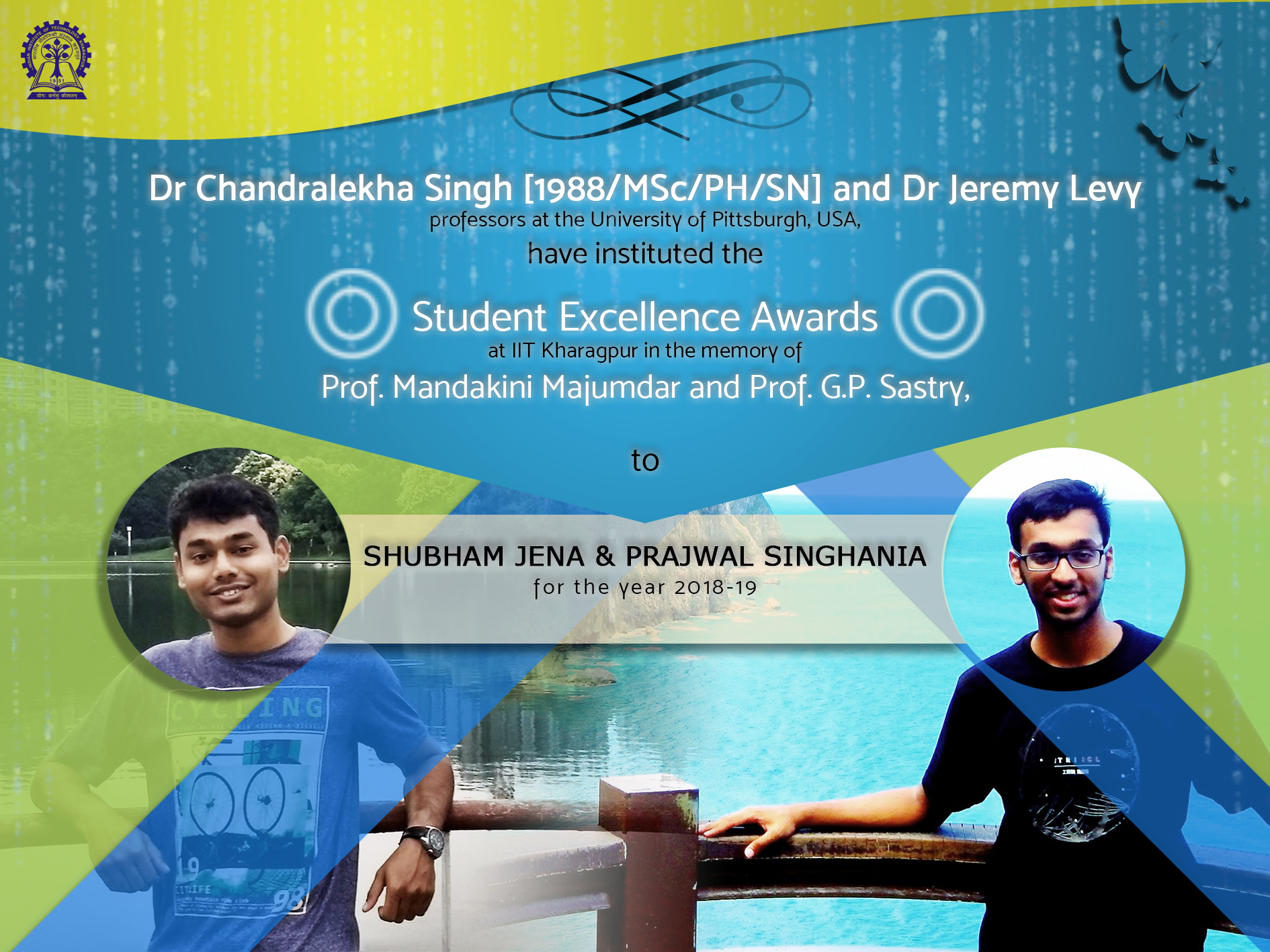 The IITKGP Foundation of USA is proud to announce that IIT Kharagpur has selected its first winners of the Professors Chandralekha Singh (KGP '88) and Jeremy Levy Student Excellence Awards.

1) Prof. Mandakini Majumdar Award: Shubham Jena, Aerospace Engineering. Shubham is from a modest family in Odisha, and is developing an autonomous underwater vehicle for the AUVSI annual competition, Rebosub. His excellence is in robotic aeromodelling.

2) Prof. G.P. Sastry Award: Prajwal Singhania, Computer Science Engineering. Prajwal is from a modest family in Uttar Pradesh and is working on Deep Neural Networks in information and communications.

These awards are effective academic year 2018-19. A formal recognition ceremony will be held at IIT Kharagpur during the Annual Alumni Meet from January 11-13, 2019. The donors, the Majumdar and Sastry families, and students are invited to the recognition ceremony. Exact details will be released soon.

Thank you to Prof. Subrata Chattopadhyay, Dean of Alumni Affairs at IIT Kharagpur, for the prompt execution of Profs. Chandralekha Singh and Jeremy Levy's endowment.