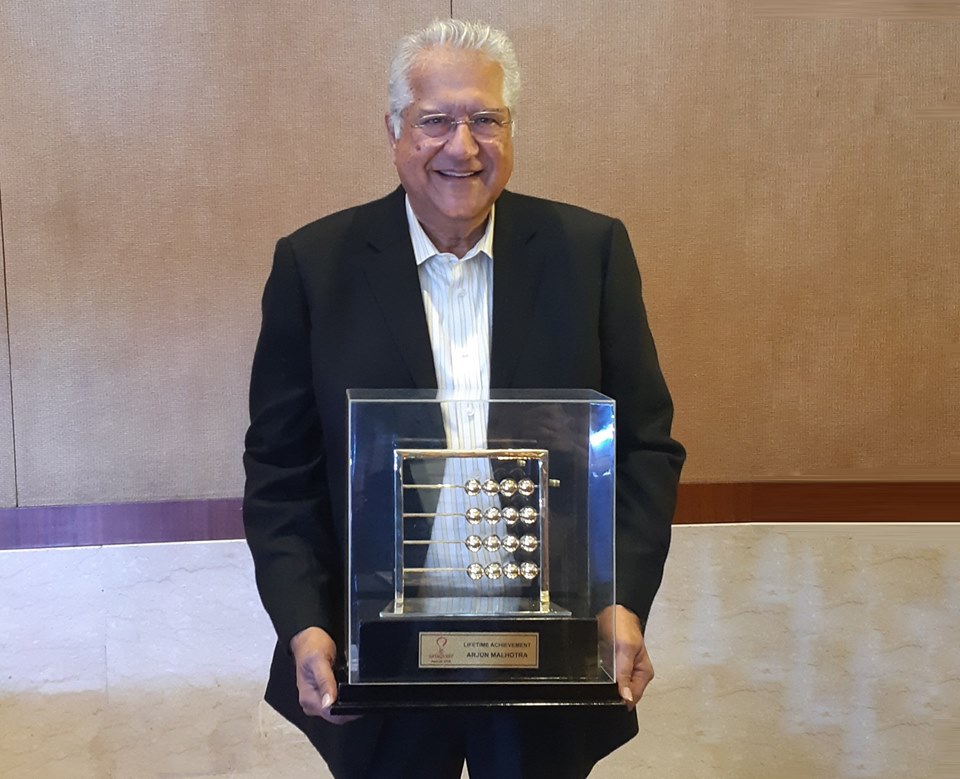 Alumnus Arjun Malhotra ('70), was recently chosen to receive the "Dataquest Lifetime Achievement" award for 2018. The jury was unanimous in its recognition of Arjun's contribution in organizing and building the Indian IT industry over the past 40 years. The award was presented to Malhotra at a ceremony held on December 11, 2018 in New Delhi. Congratulations, Arjun on this well-deserved honor!

As the co-founder of Hindustan Computers, which later spawned into the HCL conglomerate, you encouraged and cultivated the spirit of entrepreneurship, that played a big role in shaping, perhaps, the most number of tech entrepreneurs who went on to start their own ventures in hardware, software, and services; and thereby contributed to building the Indian IT industry. As a believer in talent building your role in setting up India's first telecom school at IIT Kharagpur was a trend setter. The entrepreneur in you not only led to setting up TechSpan, but you have been a father figure for the entire tech startup community in India through the various initiatives including TiE and Pan IIT that you inspire. At ANTARA your contribution with respect to the role tech can play in raising public health service standards has been noteworthy, and shows your commitment to give back to society. Your current roles in various initiatives will continue to help in building the tech ecosystem, not just in India but globally.