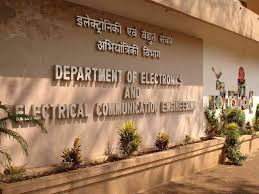 Researchers at IIT Kharagpur have developed a decision support system to diagnose malignant and other diseased tissues in the lungs.

The system has been developed by the researchers of the Department of Electronics and Electrical Communications engineering of the premier institute.

Lead researcher Sudipta Mukhopadhyay was quoted having said in an IIT KGP statement, "Biopsy especially in the lungs is a critical process, hence conducted only after initial medical analysis is done by expert radiologists." (Read More)