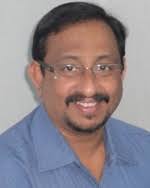 As Kochi transforms into a concrete jungle with increasing urbanisation, it also has its own 'urban heat island', a term used to denote the unusual heating up of urban areas owing to excessive built-up area and infrastructure.

In a recent study where scientists of the Indian Institute of Technology Kharagpur used satellite images to examine land use change in Kochi and nine other metropolitan cities in the country, it was found that the urban areas of Kochi had shown a "substantial increase and spread" between 2001 and 2013. While the built-up area assessed in Kochi was around 17% of the city's total area in 2002, it rose to around 23% in 2013, according to the study published in the International Journal of Remote Sensing. (Read More)