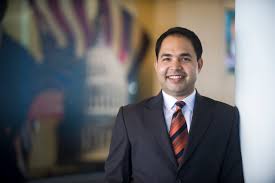 Houston: Indian American Varun Rai ('02) has been elevated to the position of director of the Energy Institute at the University of Texas at Austin near here from 1 January.

Rai succeeds Michael Webber, who served the institute as its acting director since September 2018 when Director Tom Edgar returned to his research and teaching.

An Indian native, Rai did B Tech in mechanical engineering from Indian Institute of Technology (IIT) Kharagpur in 2002 before doing MS in the same engineering stream from Stanford University in 2004.

Rai, who later secured a doctorate in mechancial engineering from Stanford University in 2008, also holds a courtesy faculty appointment at the Cockrell School of Engineering. (Read More)