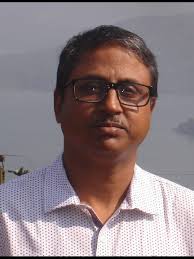 IIT-Kharagpur researchers dig up signs of life in India from 2.5 bn yrs ago

KHARAGPUR: A team of researchers from IIT Kharagpur has found evidence of life in India dating back at least 2.5 billion years--to the beginning of a time known to scientists as the Great Oxidation Event, which marked the entry of oxygen in Earth's atmosphere, making life, as we know it, possible.

The first signs of life have been found in the form of microbial cells in the Deccan, and it took the team four years of arduous work. Finally, the microbes were found at a depth of three kilometers. The findings have been published in the December edition of "Scientific Reports: Nature", an online, open-access journal from the publishers of the prestigious "Nature", one of the most recognisable scientific journals in the world.

The news has stunned the ministry of earth sciences, which had asked the IIT team--led by Pinaki Sar, of the faculty of biotechnology--to probe the beginning of life in India. An official announcement is expected shortly. (Read More)