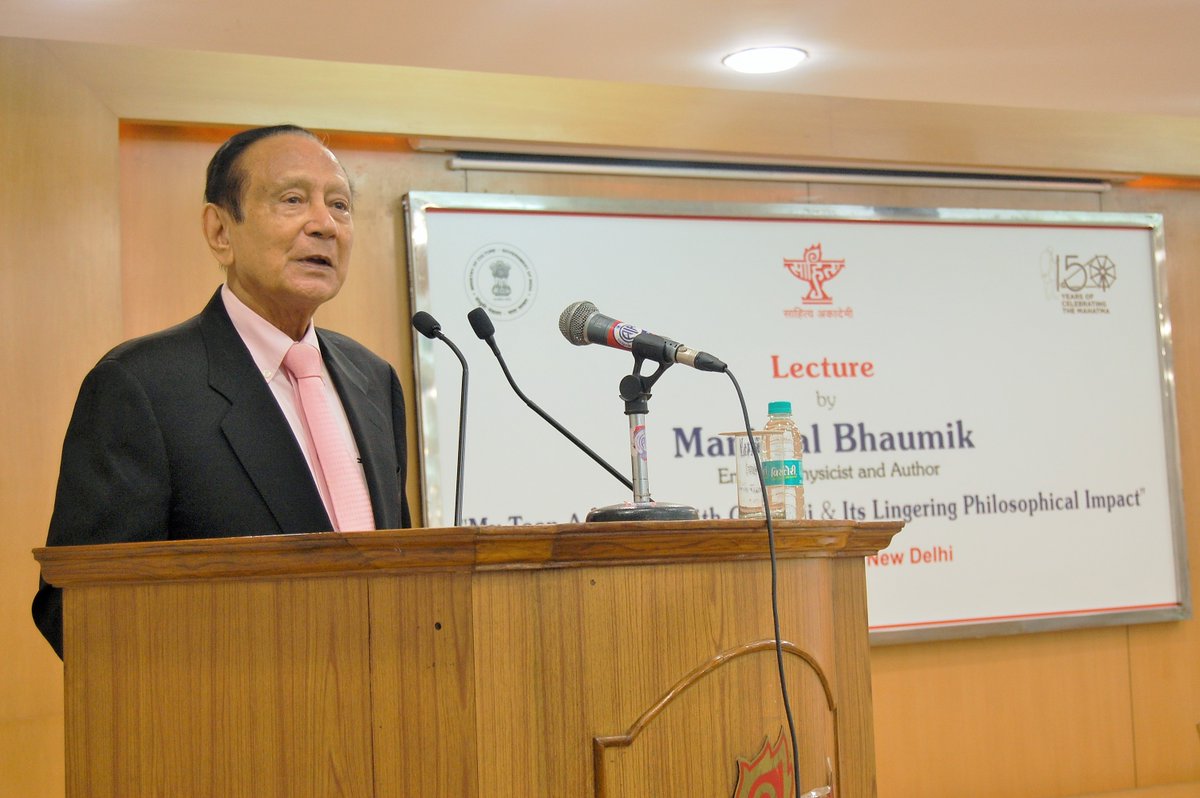 Physicist Manilal Bhaumik shares memories of his teenage week with Gandhiji. The 87-year-old physicist was in Delhi to deliver the first Gandhi-related talk at the Sahitya Akademi to inaugurate Bapu's year-long 150th birthday celebrations.

Before Christmas 1945, one fine morning, my father was remarkably exuberant. With great delight, he announced that our iconic Gandhiji was coming to visit the obscure, remote little village where we subsisted with bare necessity. It gave us a colossal moral boost, just after emerging from the ravages of the notorious Bengal famine when three million people perished, because of the sheer apathy of the colonial power.

My father was a foot soldier in Gandhiji's movement, more than willing to die for it, as in fact, another great soul and mentor of my youth, Mantangini Hazra, had done. My father proudly informed me that I, at the age of fourteen, was to have the privilege of working as a volunteer in Gandhiji's camp, seeing the legendary man in flesh and blood. From hearing the valiant tales of all his epic actions since my childhood, I envisioned a giant, a heroic figure out of the Ramayana. (Read More)