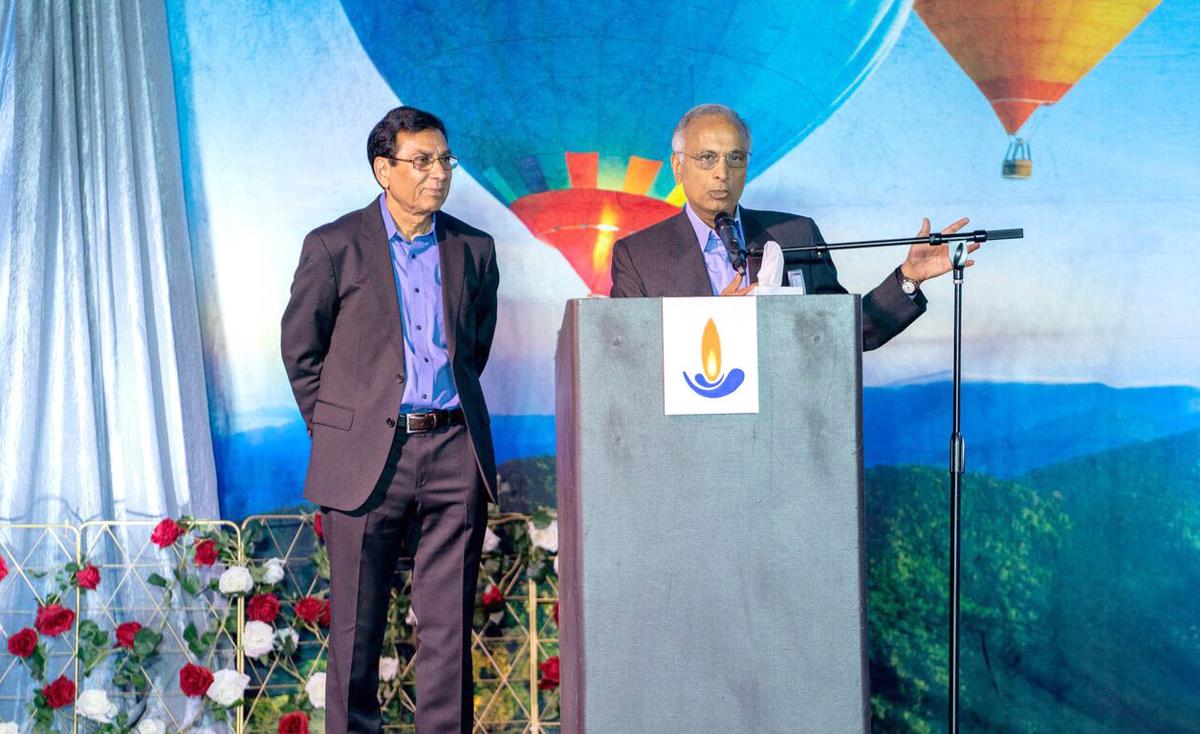 Did you know that Vinod Bhardwaj ('67) is the inventor of the Ethernet network switch?

PALO ALTO, Calif.--Bringing tears to the eyes of a packed ballroom here Sept. 30 evening, Indian American entrepreneur Vinod Bhardwaj ('67), pioneer of the Ethernet network switch, touchingly told his story of growing up poor in Agra, at the Foundation For Excellence annual gala, which raised an estimated $800,000 to fund college scholarships for low-income engineering and medical students in India.

FFE founder Prabhu Goel introduced Bhardwaj to the sold-out crowd, stating: "Vinod represents the best of what can be achieved with a little help." He noted that Bhardwaj's invention is in every American home. "Vinod has made an incredible contribution to our lives."

Sharing the rarely-told story of his youth, Bhardwaj related the tragedy of his father's death from tuberculosis when the young boy was seven. The family had tried to have him seen at the local hospital, but a doctor dismissed them without a check-up after a two-day wait. "His turn never came," said Bhardwaj, weeping at the memory of his father being dismissed by a surly physician. (Read More)