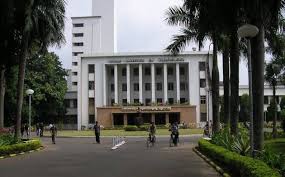 Information provided by IIT Kharagpur (May 2022)

ABOUT PHANINDRANATH AND SAGARIKA MUKHERJEE

Dr. Phanindranath Mukherjee, Satyen's father, was born in Barisal district in undivided India, now Bangladesh, in 1924. A brilliant student standing 4th in all Bengal Joint matriculation exam. He won scholarships throughout his academic life followed by excellence throughout his career in research beginning under Dr. Gyan Ghosh among others. He retired as Scientist E, director's grade, from CFRI, a CSIR Laboratory, receiving several honors along the way including the coveted Coal Science Award. With an outstanding scientific research career he was a deeply spiritual person well versed in subjects ranging from literature, arts, and philosophy. A student at heart he kept studying until his last days. He inspired many who came in contact with him both in India and abroad. His philanthropy helped many throughout his life.

Mrs. Sagarika Mukherjee, Satyen's mother, was an inspiration to Satyen and his family in her quiet but untiring effort not only looking after the family but deeply caring for the community in many ways. Her quiet philanthropy for the needy included knitting sweaters for the poor and donating to several organizations such as Bharat Sevashram Sangha throughout her life. She provided funds to many ailing and distressed people who needed money for operations, people who needed money for educating their kids and helped a few in getting their huts repaired. She didn't go out of her way to seek fame in helping people. She helped those who came her way.

Dr. Satyendranath Mukherjee is a retired Chief Scientist and Senior Director at Philips Research North America, after serving as the Managing Director and Distinguished Fellow. He was the Department Head, Microelectronic Devices, Circuits and Systems where he conducted research on integrated circuit design, technology and applications in power electronics for a number of systems including lighting controls, displays, wireless communications and Healthcare. Prior to this he worked on nonvolatile memories with Intel and Exel Microelectronics. He developed the world’s first 512K flash memory and holds the original patent on the cell. He holds over numerous patents and has published widely in conferences, journals and textbooks.

Dr. Mukherjee obtained his B.Tech degree from Indian Institute of Technology, Kharagpur, India, in 1976, where he was awarded the President of India Gold Medal for standing first from all branches of Engineering.  He obtained his M. Tech. Degree with distinction from the Netherlands and Ph.D. from Carleton University, Ottawa, Canada.

Dr. Mukherjee, deeply inspired by his parents, believes in overall character development and service to others as the primary goal of education beyond merely acquiring technical knowledge.

The IITKGP Foundation US thanks Satyen for his continued support and also congratulates him on recently becoming a member of their Board of Trustees!